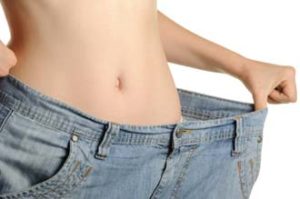 A lot of people just thought that weeds can cause weight gain and sedation. Also,  it’s well-known that the plant can inspire an increase in appetite. On the other, cannabis consumers have smaller waistlines and lower BMIs than non-consumers. It also just-so-happens that the top six healthiest states in the U.S. all have some type of medical cannabis reform. But, does weed really help you lose weight? Here’s what the research suggests.

Why does weed help you lose weight?

Cannabis causes the munchies, it’s true. Some types of cannabis have a reputation for increasing appetite. The primary psychoactive in the herb, tetrahydrocannabinol (THC), binds to special cell receptors in the brain that trigger the release of the primary hunger hormone, ghrelin.

Cannabis strains that are high in THC are more likely to make you hungry.

Other types of cannabis, however, don’t cause this same effect. The trick is finding the right strain. Here are three reasons why cannabis can help you lose weight:

In 2012, British scientists published research showing that some cannabinoids may have appetite-suppressant effects. Cannabinoids are the active compounds in cannabis. Researchers at the University of Reading tested the effects of three of these compounds on male rats.

The cannabinoids included were:

Interestingly, all three of these cannabinoids produced different effects. CBN, however, was the only one to increase appetite. CBN is a breakdown product of THC.

CBD, on the other hand, had the opposite effect. While the rats still seemed to enjoy their chow just fine, those treated with CBD ate significantly less chow over the test period.

Interestingly, while the herb is most commonly associated with a serious case of the munchies, some researchers think cannabis-based therapies may aid in diabetes management. A 2013 study found that cannabis consumers, on average, have better blood sugar control.

Again in 2013, research published in Nutrition and Diabetes found that a lesser-known cannabinoid, tetrahydrocannabivarin (THCV), improves insulin sensitivity in rats.

While THCV alone did not significantly change the body weight of the rats, the researchers ultimately concluded that the cannabinoid is a new potential treatment for obesity-related glucose intolerance.

One British pharmaceutical company, GW Pharmaceuticals, has had successful trials with the cannabis compound before. Back in 2012, the company reported successful findings in a 62 person human trial. The cannabinoid exhibited a number of beneficial effects, including improved fasting insulin and plasma glucose levels.

However, the company announced in August of 2016 that the “primary endpoint was not achieved” in their most recent phase 2 trial of THCV.

Not all cannabis causes grogginess or sedation. The right strain can help you stay alert, attentive, and focused on the task at hand. Though this benefit is subjective, cannabis is a tool that can help you get in the zone and stay there for a while.

While at times it may be difficult to work up the motivation to get up and get moving, something as simple as a post-dinner walk becomes significantly more enjoyable.

Making movement and exercise enjoyable is an excellent way to encourage yourself to get out there more often and enjoy the present moment.

Reasons Why Stoners Are Great In Music
December 2, 2017